K-PAX (2001), with its pure brilliance in storytelling and stellar performances, is one of those hidden gems that hold your attention

The most famous and frequently used alias among all was undoubtedly Regina Phalange, which, in no time, became one of the most humorous jokes of the show. But why did Phoebe call herself Regina Phalange? Was this random, or did it have a story or a hidden meaning? In general terms, “Never get involved in a land war in Asia” means that one should never start a battle that is too arduous for one to resolve and achieve victory. It is a version of the famous idiom – Don’t bite off more than you can chew.

Frodo left for Valinor to find healing and peace of mind, which he could not find in Middle-Earth. He lived among the Elves there until he died. Because of the Quest, Frodo was wounded, not just physically but also spiritually. Frodo had been badly hurt in the War of the Ring and paid a price higher than any other survivor. Frodo was stabbed with a magical Morgul blade by the Witch King of Angmar, who was partly in the shadow world. It not only killed him very nearly, but it also left physical and psychic wounds that never really healed. He was also poisoned by the giant, malevolent spider, Shelob. But the burden of carrying the One Ring all the way to Mordor and the fires of Mount Doom harmed him even more profoundly as no mortal was ever intended to carry such a weight. It was one of the greatest burdens anyone had to bear, and the journey drained the life out of him. What must have been indescribably horrid was the constant struggle between his good intentions and the sweet secret whisperings of the Ring. Killua and Gon conceivably had something more than friendship. Some call it romantic love, while others platonic or brotherly love. They loved each other past the line of friendship, and I feel it was like an innocent crush and respect and admiration for each other. 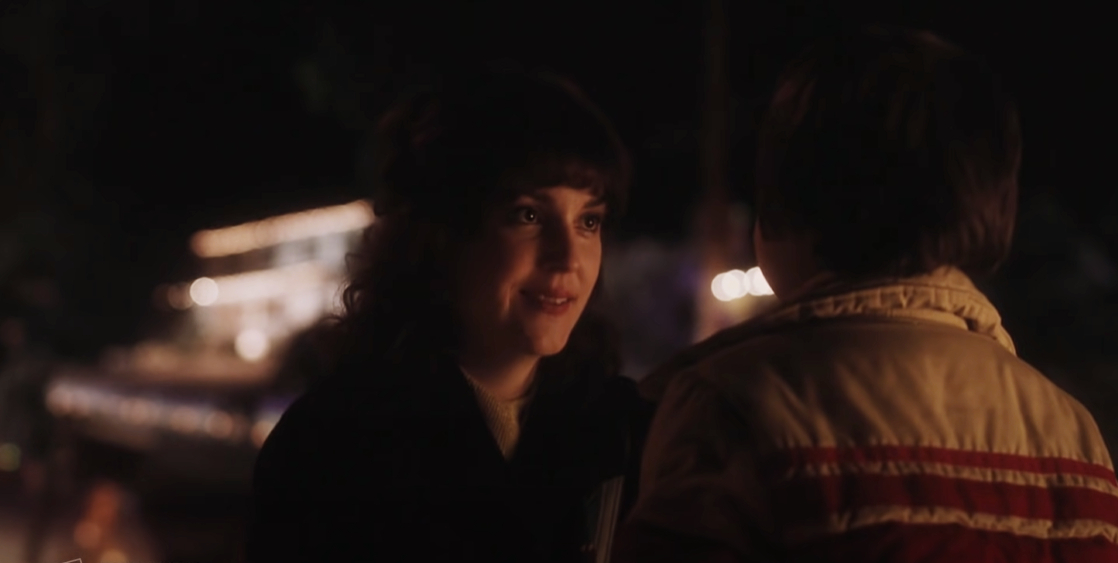 Charlie’s aunt Helen took advantage of her position as an aunt and a nanny and abused him sexually. It was implied by how Charlie had flashbacks of her rubbing his leg when Sam tried to initiate sexual contact with him before leaving for her summer pre-college program. The sexual contact dredged up a repressed memory of his Aunt Helen molesting him as a child. The phrase generally means that sometimes you conquer the hardships in life (you eat the bear), and other times, the obstacles in life defeat you (the bear eats you). You win some; you lose some. In life, there are good days and bad. The quote here seems to present the essence of life, and the bear symbolizes the hardships and difficulties which are an indispensable part of life. It just happens that sometimes one overcomes hardships and emerges victorious, and other times, one succumbs to them despite the efforts. Are you looking for the top uncensored Ecchi Anime? Look no further because this article gets you covered. Today we will talk

Rosemary’s Baby is a masterful example of horror realism with the sense of unthinkable danger. Based on Ira Levin’s novel about modern-day

“If I’m To Have A Symbol, It Shall Be One I Respect.” -Dr. Manhattan   Dr. Manhattan was created by Alan Moore

In The Fellowship of the Ring, during the confrontation between Gandalf and the Balrog on the bridge of Khazad-dûm, Gandalf said- Denis Villeneuve’s Prisoners (2013), rich in compelling narratives and stellar performances, is a dark thriller touching upon the questions of religion, guilt, Kakashi first used his Mangekyō Sharingan in actual combat in one of the initial episodes of Shippuden in Kazekage Rescue Arc during his fight with Deidara while performing Jutsu Kamui on him. He used it when he got fluent in using and controlling Mangekyō Sharingan after gaining a good amount of understanding and practice. Arya went blind as an effect of wearing a face before being ready for it, before having completed her training and becoming “no-one”. Near the end of Season 5, Arya was still undergoing her training as a Faceless Man in the House of Black and White. Like most others, Arya became impatient and overconfident in her new skills and overplayed her hand. While undertaking one of her training assignments, which was to observe (only!), she spots Meryn Trant, a Lannister knight who, presumably, killed her dear first swordsmanship teacher, Syrio Forel. She disobeyed her mission and assassinated him by stabbing him repeatedly in the eyes and chest at the brothel after an ambush followed by a tough fight. Kakashi cannot deactivate his Sharingan because it was a gift from Obito Uchiha, and only an Uchiha can turn the Sharingan on or off. The Uchiha have a specific gene that allows them to use, activate, and deactivate their Sharingan at will. Not only is Kakashi Hatake not an Uchiha, but the eye also did not belong to him as Obito Uchiha gifted it for becoming a Jonin. Kakashi’s strength is still great, and he can support his eye for an extended period. Despite this, he cannot turn off his Sharingan because his chakra will completely reset to zero. Asuka caressed Shinji: Asuka caressed Shinji’s face as a symbol of acceptance – acceptance for herself and Shinji. Throughout the movie, Asuka’s hatred towards Shinji symbolized her hatred for herself. By caressing Shinji’s face, she accepted him and hence herself. If Shinji was choking Asuka as a way of confirming that rejection and denial still existed, Asuka stroking Shinji meant that acceptance still existed in a world where people and their hearts were separate and not melted into one.